A degree in computer science is considered to be one of the most valuable you can achieve. As there is always evolution occurring in technology, many of the biggest companies in the world such as Facebook, Google, Microsoft and Apple see computer science degrees as incredibly important and will hire graduates in that subject over others. However, as many different institutions throughout the country offer the subject as a major, it may be hard for you to decide which university or college you are going to attend. DotCom Magazine, therefore, have decided to make it a little easier, by highlighting what we feel are the top 5 computer science degree courses available in the country in 2018.

The university was established in 1868 and is therefore the oldest of the research institutions in the University of California system. The undergraduate program they run at Berkeley gives students the preparation they need to work as professionals within the computing sector. Steve Wozniak was a graduate on the computer science program. Students can choose to focus on computer and electrical engineering, engineering and computer science.

Caltech, as the California Institute of Technology is best known is one of the most renowned educational institutions in the world. Based in Pasadena, it has a CMS department that is among the best in the country. There are two different undergraduate programs offered, Computer Science or Applied and Computational Mathematics. This institution gives engineering and mathematical foundations to its students while offering them the flexibility to study areas such as networking, robotics, databases and graphics.

An Ivy League university, Harvard is another that has universal appeal and prestige and was first setup in 1636 where it remains in Cambridge, Massachusetts. The aim of the Bachelor of Arts in Computer Science is to enable students to solve problems in an effective and efficient manner using a variety of different methods. Students taking this undergraduate program will participate in research into algorithms, networks, graphics, software and so much more. There is also a chance for students to combine computer science with other subjects they are interested in such as economics, psychology and interestingly, linguistics.

Yale is another Ivy League educational institution that is based in New Haven, Connecticut and was established in 1701. It offers a selection of different undergraduate computer science courses. The core subjects studied include algorithm design and analysis, computer architecture, systems programming an, data structures and mathematics.

Columbia University is situated in Manhattan and is another Ivy League university. Computer Science is offered at four of the 22 schools that make up the institution and covers classes such as information theory, data structures in Java, advanced programming and computational complexity.

Obviously, the above is just a snapshot, but it should serve as a good indication of what it may be like to study at any of the universities listed above.

It’s no secret that in today’s active startup culture, the most tech-savvy businesses are often the ones that survive the longest. This makes for...
Read more
Tech Blazers 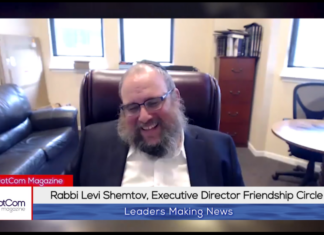