Given nowadays just how many ways that Americans can stay connected to one another, it makes sense that people who want jobs in tech should be able to work anywhere that has a consistent, stable and fast internet connection. However, that would be in a perfect world, because location still really matters when it comes to creating the next big thing in tech. With that in mind, it’s really no surprise then why so many database administrators, designers, engineers, developers and all other tech experts head to Silicon Valley and some other specific places.

To help you decide where you should be living for a tech career, our team at DotCom Magazine have put together a list of the five best places in the country you can get work in the tech industry.

There is no shortage of tech industry companies around the capital of Texas. Samsung, Dell and Apple can all be found there. Not to mention it has its own incredibly exciting startup scene. There are around 62 tech employees to 1,000 jobs. The thing that lets it down is the median annual salary which is around $92,039.

Google are planning on opening a new campus in Boulder, Colorado, while Seagate, a computer hardware-maker and IBM area already based there. There are 74 tech employees for every 1,000 jobs. However, it has many more tech jobs in the Centennial State, there are many in the Denver-Lakewood-Aurora, you will find a much higher median annual salary of $98,391 compared to the $95,091.

Although it is hidden in the wooded shoreline of Chesapeake Bay, and is a good 60-miles away from DC, and might seem like a weird place for people in the tech industry. However, there is a massive draw in the Patuxent River Naval Air Station hosts as well as various other facilities, the R and D of military aircraft. There are also around 83 tech employees for every 1,000 jobs.

In the metro area of Seattle, there is the headquarters of some of the biggest tech companies, such as Microsoft and Amazon. Furthermore, even though Boeing Co does not have its corporate offices in the city anymore, there is still buildings that deal with some of the company’s main operations. Although the median annual tech salary in this city is around $103,320, the price of living is quite high at $1,325.

Think of just about any big tech company that you can, and there is a chance that if it does not have its headquarters there, it has major offices based in this area of California. Netflix, Intel, Apple and Google all have corporate offices and there are thousands of startups that are popping up on a daily basis. People interested in working in the tech industry move there all the time. However, it is one of the least affordable areas and although there’s a median annual salary of £121,064 and median gross rent of $2,044.

It’s no secret that in today’s active startup culture, the most tech-savvy businesses are often the ones that survive the longest. This makes for...
Read more
Tech Blazers 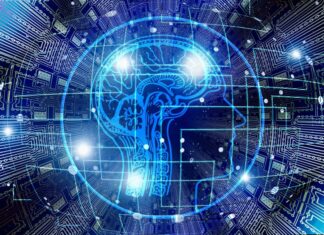 Torry Mastery
It’s no secret that in today’s active startup culture, the most tech-savvy businesses are often the ones that survive the longest. This makes for...

ABOUT US
It is the mission of DotCom Magazine to become the premier platform for CEO's, Founders, Entrepreneurs, Thought Leaders, and Influencers to share their success stories.
Contact us: andy@dotcommagazine.com
© copyright 2019- DotCom Magazine
Share This