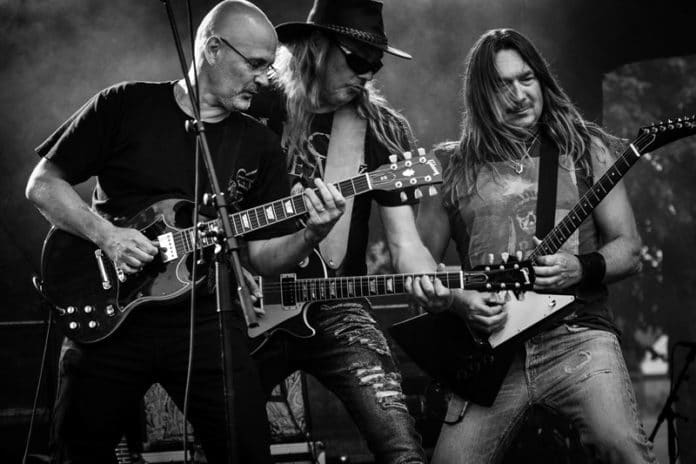 As the year almost draws to a near, it is time to reflect on the year that has passed and what could be in store for rock music lovers in the future. 2018 was a strong year for all things guitar, bass, drums and vocals-led and at DotCom Magazine we want to share with you five of our favorite in a huge selection of great artists that have either started or emerged during 2018. Some may not have started out this year, but have definitely progressed and achieve greater success throughout the last 12 months.

Although Moon Taxi are not really a new band, they have made some nice waves this year that has cemented them as an act to watch in future. What began as alternative rock has shifted towards a more alternative pop sound that still keeps guitar as a main focus, but allows horns and other catchy sensibilities into the mix too. Two High was an especially big moment for the band and their third album Let the Record Play dropped at the start of the year.

Turnstile are a Baltimore-based quintet that have already amassed a hardcore following of faithful fans. However, with the release of their second album, Time & Space they were introduced to a wider audience. That was their mainstream debut on Roadrunner Records and saw them collaborate with Diplo. Yes, Diplo, to show that they are not just another hardcore band. Spaced-out studio effects and catchy hooks are all present, with the riffing and breakdowns that get the pits wild too.

Greta Van Fleet are another band that are not exactly new, having formed in 2012. However, they have become increasingly popular over the last few years with some famous names, including Led Zeppelin’s Robert Plant (who the band’s singer sounds a lot like) stating that he was a fan. Their debut was released in 2018 to scores of positive reviews. If you are a fan of old-fashioned hard rock, you are bound to love this great band.

Bad Wolves are something of a super group heavy metal band that features Tommy Vext from Snot and Divine Heresy on vocals, Kyle Konkiel on bass, Chris Cain as the rhythm guitarist, ex-God Forbid Doc Coyle on lead guitar and ex-DevilDriver John Boecklin on drums. They are a band that if you are not familiar with their name, you are likely to be familiar with their jaw-dropping and emotionally-charged cover of Irish indie band The Cranberries’ song, Zombie.

KOYO are a young prog-rock band from the UK that have a sound that mixes Radiohead, Pink Floyd, My Bloody Valentine and Opeth. If that doesn’t draw your attention, we are not sure what will.  They released their first album in 2017 and are working on the release of their second for 2018/2019. With some great appearances at big festivals and a growing fanbase, the world is their oyster.

6 Ways to Save Money When You’re Selling OnlineÂ