In the world of entrepreneurs and statups, if you are trying to make waves in the industry, you’ve got to do a lot of reading. You probably realize that by now. With that in mind therefore, at Dotcom Magazine we are going to look at what we feel are five great books you should consider reading to help you get the edge on your competitors or just to give your business a better chance of success.

Start with Why: How Great Leaders Inspire Everyone to Take Action by Simon Sinek

Simon Sinek’s Start with Why started out its life as a TED talk which went on to become number three in the list of the most popular Ted Talks ever. Its foundation is the question ‘why are some organizations and people more profitable, influential and innovative than others?’ The premise is that the leaders who have had greater influence than others, communicated and acted in the same, alternative way to others. He refers to his idea as the Golden Circle and starts with the question Why? Funny thing about this book is that people either love it or really hate it.

How to win Friends and Influence People by Dale Carnegie

This book is a real classic for anyone interested in becoming a leader, and has remained as such for more than 70 years. That’s with good reason. As the title says, this book can teach you how to work alongside people and how to become a better connector, leader and manager. Carnegie provides you with strategies that have been tried and tested that will help you manage your relationships in life better, build better friendships and encourage people to agree with your thoughts and views. Moreover though, the book is a guide to getting along with people, that it involves being wholeheartedly nice to them and showing genuine interest in them as individuals.

Considering how popular it is, it is also incredibly polarizing, but Rich Dad, Poor Dad deserves a mention because it is a great book of financial advice. The problem is, as some people think it harps on too long before getting to the point, if you’re coming at this book with a good foot holding on personal finance, you may not find it as useful as you would if you’re just starting on that road to complete mastery over your personal finance.

Steve Jobs is one man who definitely left a mark on the world, that is only felt more after he passed away. The book is written by Walter Isaacson, a journalist who has written biographies of other figures such as Benjamin Franklin and Albert Einstein to name a couple and covers in a lot of detail the co-founder of Apple’s personal and professional life. It’s derived from interviews he conducted with Jobs and the people who knew him best and provides a no-stone-left-unturned glimpse into the man, that Jobs cooperated fully on.

Impact, What Every Woman Needs to Know to Go from Invisible to Invincible by Nancy D. Solomon

Although men reading this post may think this book is not for them, men and woman have both benefited from it. It is a bit different from most self-help books about business and focuses on sharpening and utilizing the strengths you already have rather than improving on the things you are less good at. The key message is to stop trying to fit in with the mold and hone your talents and skills and focus on the person you want to be and should be.

A Guide to IP Law for Startups – The Skinny

Entrepreneurship isn’t easy, especially when your business is still at the startup level. Profit margins tend to be razor thin at best, workdays are...
Read more
Startups

The hot dog is probably the fast food that most truly symbolizes American ingenuity. It’s inexpensive and hand-held and although you will come across...
Read more
Startups

In the last couple of recent posts, we’ve published, the team here at DotCom Magazine have been highlighting a selection of startups that have...
Read more 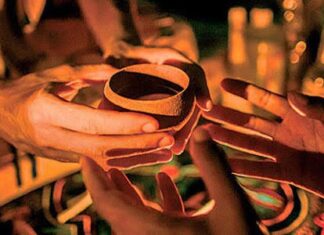