Although EDC and Electric Forest may get all of the attention in the headlines in the music press and mainstream media, there is more to the EDM music scene in the United Stated. With so many different events of different sizes and shapes catering to EDM and dance fans, at DotCom Magazine we wanted to highlight our top 5 picks as we head towards the end of the year. See if your top 5 matches up with ours.

Imagine Festival stepped in where Tomorrowland, arguably one of the most popular and successful events in the EDM and dance music calendar, left off and was held towards the end of September. In 2018, the event took the party to another new level. Techno, house, dubstep and of course, EDM were all blended together nicely with circus troupes and close-up performers, all working in harmony to produce a heady dreamworld that was described by the organizers as being an aquatic fairy-tale. Tiesto, deadmau5 and Above & Beyond were among the artists that took to the stage.

Held on Randall’s Island in East Manhattan, Electric Zoo was a full-on electronic music festival set right in the beating heart of New York City. Avant-garde house, real techno and stadium-filling EDM all had their place, as the Zoo remained an almost intimate and personal affair, despite the size of the crowds in attendance. Tiesto, Martin Garrix and Marshmello were the biggest of the acts that performed.

Electric Daisy Carnival can easily be seen as the Tomorrowland of North America and is one of the most immersive EDM festivals and rightly so, one of the most talked about and critically acclaimed in the world. given its location, in sin City, everyone in attendance, be them the audience or the performers, are up for a real party. The line-up was stacked with big names, including Martin Garrix, Eric Prydz, Diplo and Armin van Buuren. Along with those listed on the bill there was a good number of unexpected special guests, there was also pyrotechnics, amazing light shows and a hugely expansive glow-in-the-dark site that deserved to be explored.

The woodland home of Eletric Forest becomes a completely different place once it has the travelling performance artists, art installations and thousands of twinkling lights. This is a real color explosion of a festival and a real visual treat. It has become one of the most highly regarded as one of the alternative electronic superpowers.

Hosted on Labor Day weekend, this is another of Insomniac’s color-soaked and sparkle-eyed parties. When the day becomes night, the world becomes a fairy-tale of heart-stopping performances and world-class electronic music at every corner. Fans of every genre are catered for from underground techno to big-room house and so much more. Boombox Cartel, MK, Netsky and Deorro were among the acts that took to the stage this year.

A Guide to IP Law for Startups – The Skinny

Entrepreneurship isnâ€™t easy, especially when your business is still at the startup level. Profit margins tend to be razor thin at best, workdays are...
Read more
Making News 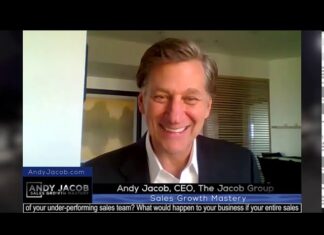