One of the most crucial things you need to be innovative technologically and for your business to be successful is to stay on top. There’s something in the region of 600 different programming languages. This can make it hard to figure out which you should be using for your project. To help you make the right decision, DotCom Magazine have put together what we feel are the top five programming languages to learn.

C++ has been around since 1983 and became an instantly popular programmer language, because it was an alternative to the already existent C. It had predefined classes that could be used in conjunction with classes programmers were already using. Google Chrome and Microsoft Windows are by far, the two most well-known projects that were created using this language, along with the majority of Adobe and Amazon’s sites. It’s remained popular because it can be used in various industries. When you learn C++ you can code apps, commercial software and games with ease. Platform-dependent, it is one of the most powerful around.

This particular language is thought to be the one that developers use most. It enables you to create interactive sites and is a crucial piece of tech for work on the internet, with CSS and HTML because most browsers use it in some way. It’s more or less essential for working in web development and will help with front and back-end development.

Swift is actually more popular than the close rival Objective-C and is a language used for the development of native Mac OS or iOS apps. It is thought to be the single most important programming language for shaping the future. There’s been reports that native apps perform much better than cross-platform models and with SpriteKit it is incredibly easy to make 2D games. Thought to be fun to use and very easy-friendly, it is a multi-paradigm, general purpose language that was developed by Apple solely for iOS.

Ruby is an object-oriented, general purpose language that was designed by Yukihiro Matz Matsumoto in 1993 and is still five times more popular and sought-after by Python. Bloomberg, Pxlr, Airbnb and Groupon have all been coded using Ruby and it is so easy to use, it’s reckoned you can design and build a working app in as little as 10 minutes or less. AS it reads similarly to English, it’s very easy to understand and code with it.

The most intriguing thing about Rust though, is the fact it has a strong emphasis on creating safe code. For example, the objects are fully managed by the language from the start to the end. It is able to content with the likes of C and C++ because of the algorithm it uses for resource management.

Now and then, new gadgets spring into the market that so many people don't even know about. You will be surprised to know that...
Read more 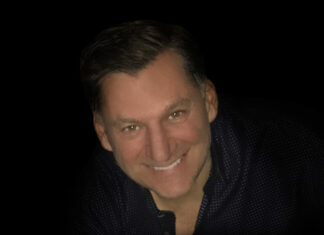 ABOUT US
It is the mission of DotCom Magazine to become the premier platform for CEO's, Founders, Entrepreneurs, Thought Leaders, and Influencers to share their success stories.
Contact us: andy@dotcommagazine.com
© copyright 2019- DotCom Magazine
Share This