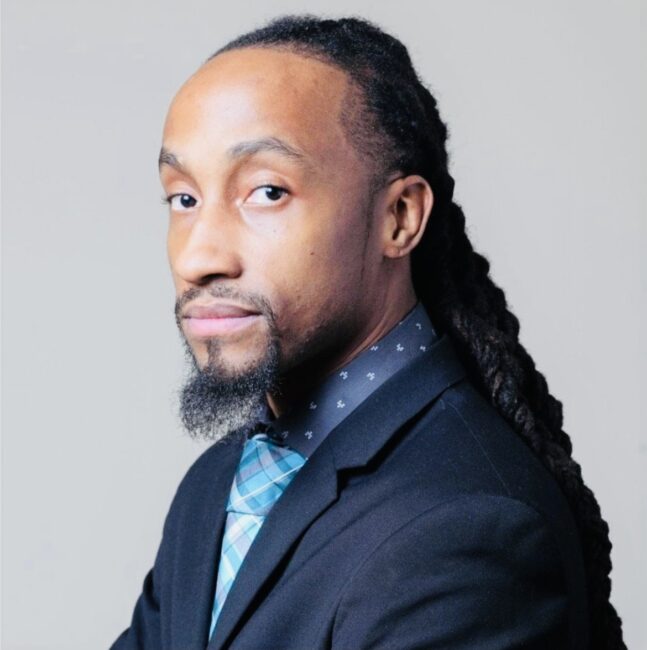 My father who passed away in 1999 was an abusive man, so my mother fled with her children from New York to Virginia.  My great aunt, who was reasonably wealthy, accepted us into her home, but when she became ill and passed away, we immediately fell into poverty. I was only a child, but the ramification from the sudden drop financially was recognized through my eyes. My mother who passed away in 2000 turned to alcohol during these times, and with four children to take care of, she did the best that she could.  My father was a heavy drinker also, which cost him his life. He died from cirrhosis of the liver. Even though my mother fled with us to Virginia, I was too young to remember my father. The first time I laid eyes on him was in the casket at his funeral. With my mother struggling to try to take care of four children, our direction in life was evident. We all hit the street and crime was the order. 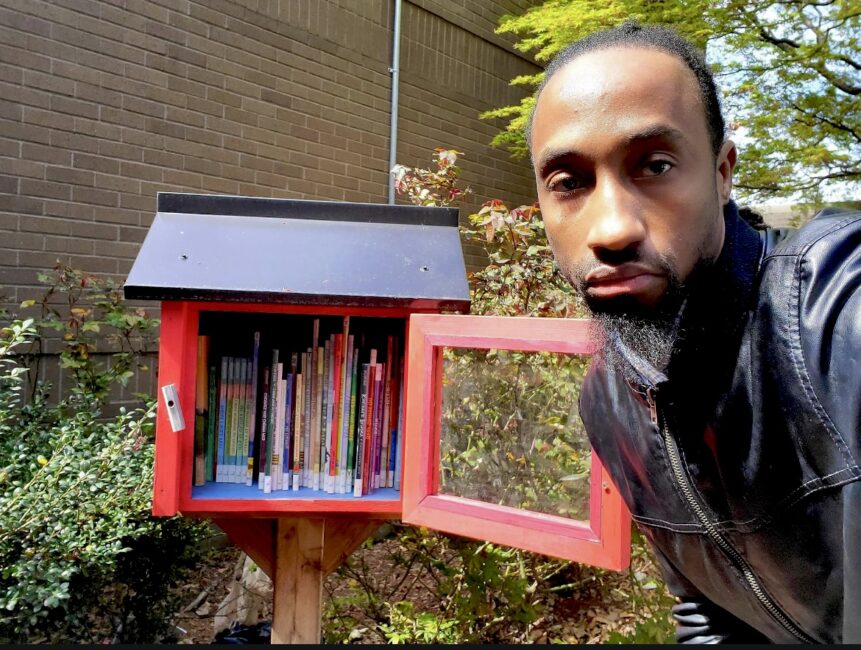 Growing up drinking, partying, smoking, and just living the wildlife was the norm. I currently have four DUI’s, and I’ve been arrested and incarcerated several times over the years. After experiencing so much at a young age, I finally decided to give my life to Christ because I was tired of being tired. I became a minister and enjoyed serving the Lord. It was an eight and a half-year journey being clean from drugs and alcohol. During my walk with Christ, I became a homebody and went as far as practicing abstinence.

My first sign that my life was going into a backsliding direction was when I started to sleep with women again right before I decided to get married. I was an ordained license minister at the time, and one of the women that I was sleeping with ended up pregnant. My conviction about what I was doing started to bother me because I was a youth pastor, and I was not only fornicating; I also had a child on the way. I decided to take this issue to my pastor at that time, and he sat me down from ministering. I started to suffer from depression because we lost the baby, and everyone who knows me understands how much I love the youth and to lose my own was devastating. 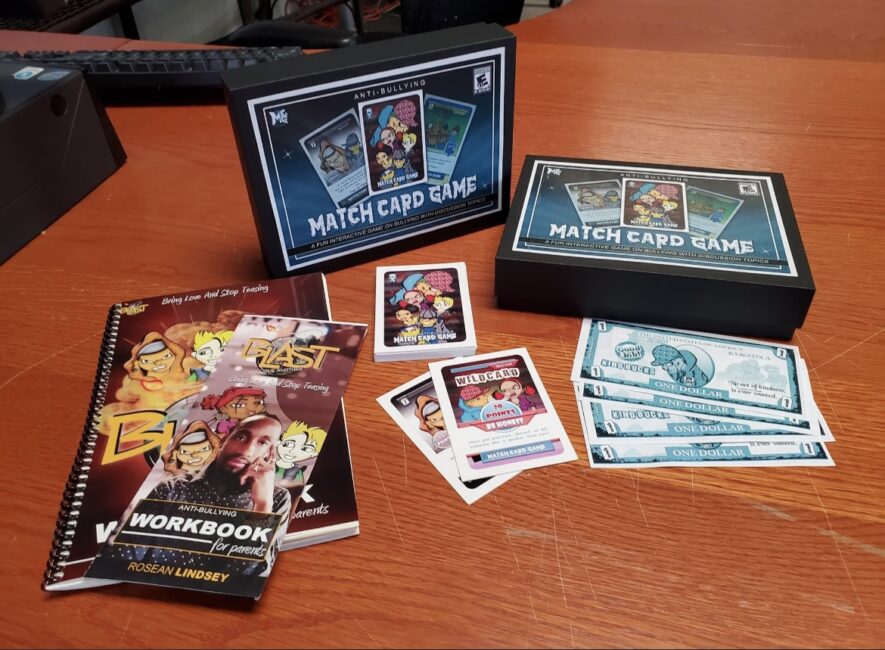 I met another young lady and decided to get married, but before we walked down the aisle, we were sneaking around having sex. I’m such a spiritual person, so when I’m doing things that are against my beliefs, I become heavily convicted. My wife went behind my back and aborted my child, and that’s when my life of drinking resurfaced. Because of her actions, we decided that a life together wasn’t feasible, so we parted ways. I remained in the church and was mentored by my spiritual father, and that’s when I met my second wife, who was a youth minister as well. We decided to get married at the courthouse, which didn’t sit well with my spiritual father and the church, so we had to leave and find our way.

It was such a happy moment when my wife came to me and told me she was pregnant. I felt like we did this under the blessing of God because we were married. Bad news followed because, with happiness, there’s also a pain. After all, my wife had a miscarriage, and this was the third child that I lost. I can’t explain to Bully Magazine the feelings that I had. It was past depression. I went into what I would call a zone and dived headfirst back into drugs and alcohol. Cocaine was my drug of choice, and I was using it every day to take the pain away. I was also doing acid along with molly pills to fill in the gap.

It was a trying time for me because I took my wife and children to a dark place. I would stay gone for weeks at a time, and when I came home, I would borrow the rent money and blow it all on drugs. However, I had a place to live because my wife was strong enough to keep the family afloat while I was going through this painful period in my life. I would walk the streets all night and sleep on park benches. I would crash at different friends’ houses and kept the same clothes on for days at a time. I can’t explain to my readers how far I had fallen. I can say it was a long climb up when I decided to take that step.

I’ve been clean now for two years, so this story is very fresh, and I’m believing in God that he will keep and hold me accountable for the rest of my life.

I want to sum up a specific story that repurchased me to God. I was so high on cocaine that when I got busted by the police for possession, being in jail was the best place for me. But God is good because being in prison was where I found him again. While locked up, I requested to be around men of faith, and my prayers were answered when the system allowed me the pleasure. It was bible study every day to the point that it didn’t even feel like jail anymore.

When I was released, my pastor, my wife, and the rest of my family and friends were there. I’m so convinced that I’m done with that life because this is the first time that I’m in recovery mode. I have never been in recovery. Recovery is different from going cold turkey or believing that you can stop the drug use. Recovery is a way of life.

Today I’m around strong men of faith where I attend church. I was able to give my testimony in front of thousands of people without conviction. I’ve been in a drug treatment program for the last two years, and I’m faithful to every opportunity that is giving to me to stay clean. 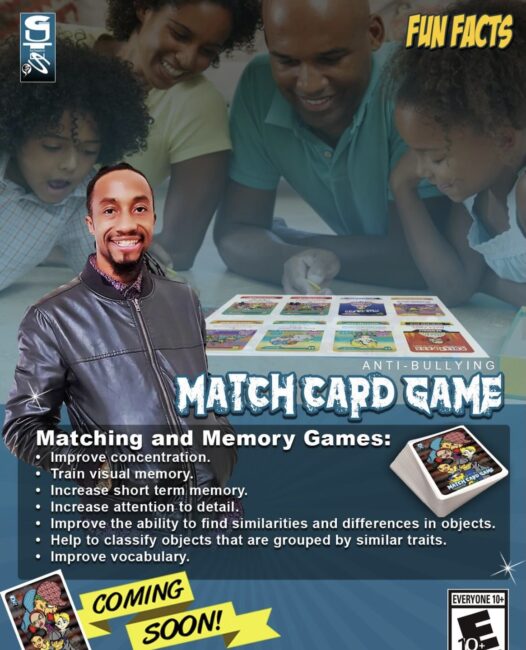 I have a passion for comic books. So, I have a project that I created called “Don’t Click,” which is based on a true story of a kid who attempted suicide because of Bullying. I’m a strong advocate for this cause, and I used the comic book as a tool to teach thousands of youth to refrain from such a hurtful way of treating another human being. I’ve created a podcast platform on anchor titled “Leave a Message” for children and adults to turn to, and I’ve also been a part of many motivational speaking events to support antibully. Using my creativity, I’ve built antibully games, and I focus on reading materials through my little library stands which allow authors to donate children’s books to the communities.  My dream is to continue building a Legacy Dedicated to Anti-Bullying across the world.

My favorite scripture is Proverbs 3:5-6. Trust in the Lord with all thine heart; and lean not unto thine own understanding. In all your ways, acknowledge him, and he shall direct thy path.

Thank you to Bully Magazine For Sharing This Story With DotCom Magazine!

6 Ways to Save Money When You’re Selling OnlineÂ