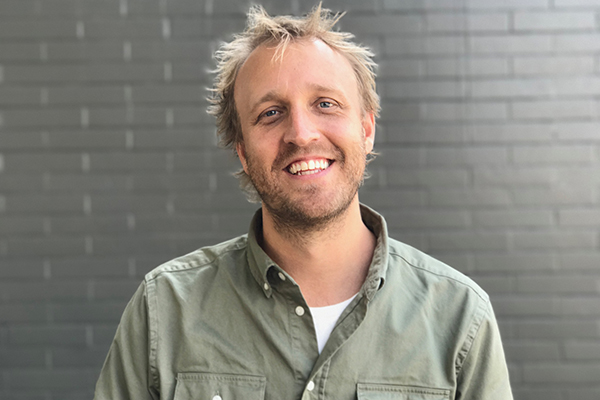 Joel Karsberg, CEO of Kreativ Inc. is a thought leader, influencer, visionary, and successful entrepreneur. Joel provides the leadership and energy that has inspired the creation of successful business and real estate empire.

Joel Karsberg currently resides in Los Angeles, where he is the CEO of Kreativ Inc., which he founded in 2017 through a partnership with award-winning Bunim/Murray Productions. Karsberg has worked in the TV industry for over twenty years, beginning his career in 1997 as a producer for Strix Television, one of the Nordic countries’ biggest production companies. In 2000, he launched a new venture: Sixteen Nine Film & Television. Here he produced and directed in-game movies, commercials, and music videos for O3 Games. After his brief but successful work there, he moved on to Jarowiskij, which is among the largest production companies in Sweden, where he served as executive producer. Karsberg worked at Jarowiskij for over seven years before taking on the role of head of development at Friday TV in 2007.

At Friday TV, Karsberg helped with the development of fun, daring, and original formats for television. In 2007, Friday TV became the first Scandinavian production company to have a show aired on one of the three major US networks when Clash of the Choirs was shown on NBC. Again in 2009, they were commissioned by NBC for the Minute to Win It game show. In 2009, Karsberg left Friday TV to take over as chief creative officer for the Nordic division of Zodiak Media AB. In 2013, Zodiak produced around 90 television shows for the region. Many of which became top performers in their respective markets. By 2014, he had become CEO, COO, and chairman of the international development board for Zodiak Americas. From 2014 to 2017, Karsberg supervised the production of new programming for 48 subsidiaries across 15 countries. Following the merger of production giants Zodiak and Banijay, he founded Kreativ Inc. in 2017. Kreativ Inc. specializes in bridging the international and US markets by producing innovative content for broadcast, cable, and streaming platforms.

Joel Karsberg has more than twenty years of experience as a development executive, working with a wide variety of formats, including game shows, large-scale live events, and documentaries. So far, he has produced over 450 hours of programming for networks in the United States, Scandinavia, and worldwide. Among his executive producer credits are the critically acclaimed documentary Surviving R Kelly (Lifetime), The Selection (History), Undressed (MTV), Celebrity Wife Swap (ABC), Planet Primetime (Travel), and Dropped (TV4). Karsberg’s work has received several Emmy nominations and has won many prizes, including the Associated Press program of the year award, MTV Movie awards, Critics Choice award, and the Peabody award. Karsberg continues to focus on his role as CEO of Kreativ Inc. and his vision of producing compelling content for audiences worldwide.

Why did you become an entrepreneur in the first place?

The excitement, the challenges, and the opportunities of being an entrepreneur are unmatched by any position that I could have working for someone else. Nothing compares to the feeling of knowing that you were in charge of a project that required work across multiple continents and between multiple companies and that resulted in the creation of meaningful and engaging content.

Tell us, how do you deal with fear?

Courage is not the absence of fear. Everyone is afraid at times. It is in our nature. I have found that first acknowledging that I am afraid and then identifying where that fear comes from are the biggest keys to my ability to deal with fear. Most often a person’s inability to deal with fear is the result of not knowing where to focus their efforts. Once I know what I need to overcome, then I can come up with a plan to win. After that, it is a matter of perseverance, patience, and humility.

What piece of advice do you wish someone had given you at the start of your career?

Enjoy the process. Early in my career, I would too often think only of the end goal: of the day when everything was finished, all the papers were signed, and the ribbon cut, so to speak. But by being too focused on the outcome, I would struggle at times when problems arose. If it seems like something might not turn out the way you want it and all you care about is the final piece, it can be really easy to want to abandon it all. But if you take pride in the work itself and enjoy the process, everything you do will be much more satisfying.

Name one of the biggest challenges you have faced and how did you overcome it?

Biggest challenge by far is trying to produce great content in an environment that demands more and more cheaply. Not only do networks want to spend less money on programming, but now technology has enabled viewers to skip commercials altogether. It used to be the case that if the ads during your show were good enough (and you had enough of them), you would get a break from the network. That is no longer the case. The competition for ratings continues to increase as new players enter the market and viewer habits change rapidly. In order to produce great content in an environment that demands lower budgets, you must continue to push yourself and constantly raise your own bar on what will be acceptable.

What do you see as your greatest success in life, so far?

It is a constant work in progress, but what I enjoy most is being able to see the impact that my work has on so many people. Obviously there have been plenty of moments along the way when I have been justifiably proud of one thing or another, but it is very hard for me to single anything out as being "the greatest" because every day I learn something new and am reminded that this career allows me to take part in so many positive things.

One key to effective leadership is good communication. What advice can you offer on that?

Read your emails from oldest to newest and don’t respond until you have made it through them all. It is a simple thing, but can help prevent miscommunication and confusion. You might spend time researching an issue and responding to a question only to find out that the situation changed and a later email was telling you to disregard the previous one. Things change quickly, especially in our industry, and bad communication slows everyone down.

What’s a personal self-talk, mantra, affirmation, or self-belief that contributes to your success?

I know that I will put in more time and hard work than any of my competitors. I think of some of the all time great athletes and what made them the best—it was their work ethic. They would train harder, study harder, and play harder. That is the same attitude I bring to my business.

What does the future hold for your business? What are you most excited about?

It is an exciting time to be in our business. We are now looking at issues like the Internet of Things, big data, and how it all relates to television. If I can stay engaged with that, then I’m sure I will never stop learning about this incredibly complex industry.

Tell us, how do you deal with rejection?

What is one business idea that you are willing to give to our readers for free?

Create a product that helps companies reach out to their communities. I know it sounds generic, but think about what your company does and how you interact with your customers. Then look at the many ways (in person, phone calls, emails) that companies communicate with them. Now imagine if you could combine all of those mediums into one simple automated system and measure its effectiveness against each interaction. I am constantly seeing new technologies come onto the market and the possibilities for combining them into solutions that could help our clients grow their customer base is endless.

How do you bring ideas to life?

I’m a firm believer in workshopping. I have plenty of ideas that might pop into my mind, but I’m sure it is the same way for most people, these ideas aren’t fully formulated the moment they come up. So I keep a notebook to sketch out ideas—sometimes it’s just a sentence or a phrase. From there I will work it into something a little fuller, more cogent, and then I will get a group of people from my team that I trust and we will workshop the idea to see if it is actionable. If it is, then we start the planning process.

What is one habit of yours that makes you more productive as an entrepreneur?

Honest and objective evaluation, both of myself and my business. If I can’t have an honest look at myself or my business, I’m never going to be able to accurately judge investment opportunities or potential business partners.

Please tell us the one thing that separates your business from the competition?

Relationships. Whether it is among the members of our team or between our representatives and those with whom we work, it is our focus on building strong and reliable relationships that separate us from our competitors.

In one sentence, describe what your hiring philosophy is?

Surround myself with people smarter than I am.

What book would you recommend and why?

“The Effective Executive” by Peter Drucker. Drucker was one of the best thinkers and writers on effective management. It is a great foundational book.

Joel Karsberg, thank you so much for participating in the DotCom Magazine Leader Roundtable Interview Series. We appreciate you participating in this important roundtable interview series, and helping our readers learn more about what it takes to build a great company and become a great leader. We wish you, your family, and of course your entire business, nothing but the best.