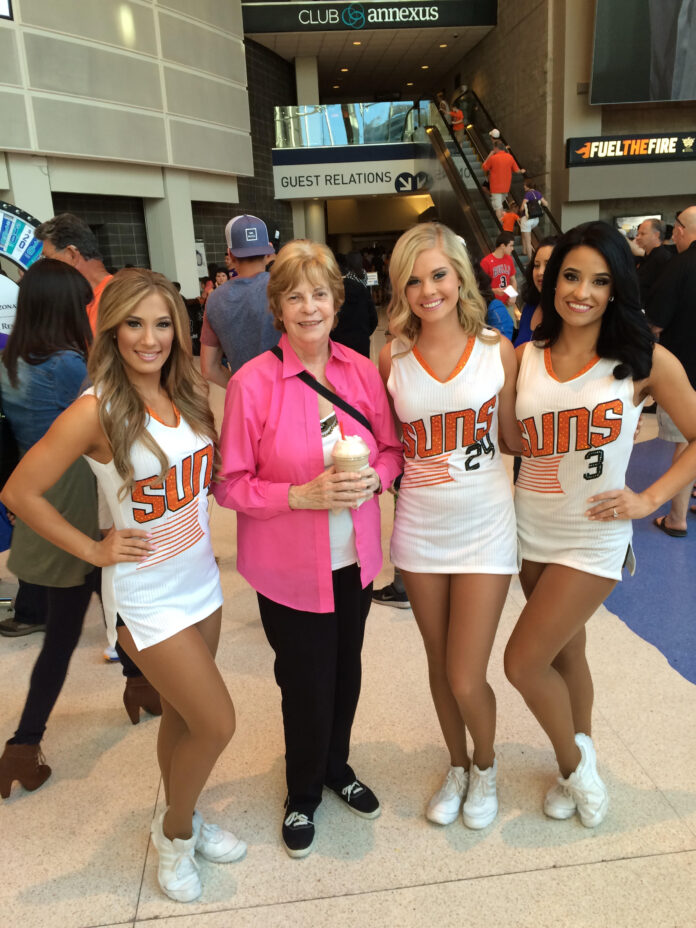 She may just be the number one Phoenix Suns fan of all time. At 87 years old, Scottsdale Arizona’s Ellen Austin has seen a lot of Phoenix Suns games. As a matter of fact, she has not missed a suns game on television in the past 30 years. She has been to a few games throughout the years, but she is especially excited to be going to tonight’s game to watch the Phoenix Suns and Dallas Mavericks play game five of the conference semi finals.

Ellen, Who wears her lucky orange shirt every time the Phoenix Suns play on television will be wearing a brand-new Suns jersey tonight to celebrate the championship game. Her daughter surprised her with Center court tickets so she could cheer on her beloved Phoenix Suns to what she says “will be a definite game five win.”

When asked about this year’s Suns team, the 87 year old eyes light up. Ellen says, “The Suns are so exciting, and they will win the championship for sure!” When asked about sitting center court for tonight’s game, Ellen says, “This is such a thrill, and I will be cheering louder than anyone.” Ellen says she can’t wait to arrive, get her popcorn, and watch every single minute or every play as the Suns defeat the Dallas Mavericks.

I will put the Kibosh on the Mavericks three point shooting tonight. My Suns will will win big!”

Ellen says, “ I am the Phoenix Suns lucky charm so they’ll be lucky to have me there tonight!” When asked how old she is, Ellen says, “Only G-D and the DMV know my true age!” 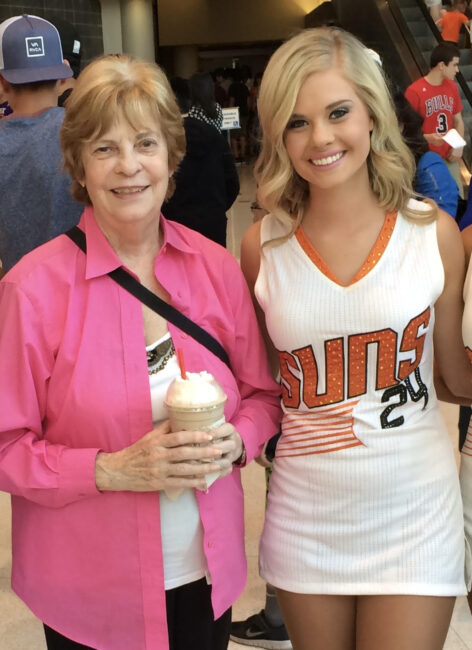 The Phoenix Suns play the Dallas Mavericks in game 5 of the conference semifinals tonight at 7PM. A shocking come-from-behind effort from the Dallas Mavericks has them sitting at an even 2-2 when heading to the Footprint Center for Tonight’s Game 5 of their playoff series with the Phoenix Suns. This has been far from the cakewalk series some thought it would be. The Suns have lost their last two straight games, including recently failing to cover as three-point favorites on the road. A third straight loss would put them on the brink of elimination with a potential close-out game at Dallas in Game 6. Ellen says. “I will put the Kibosh on their three point shooting tonight. My Suns will will win big!”

The Importance Of Cybersecurity And How To Get It