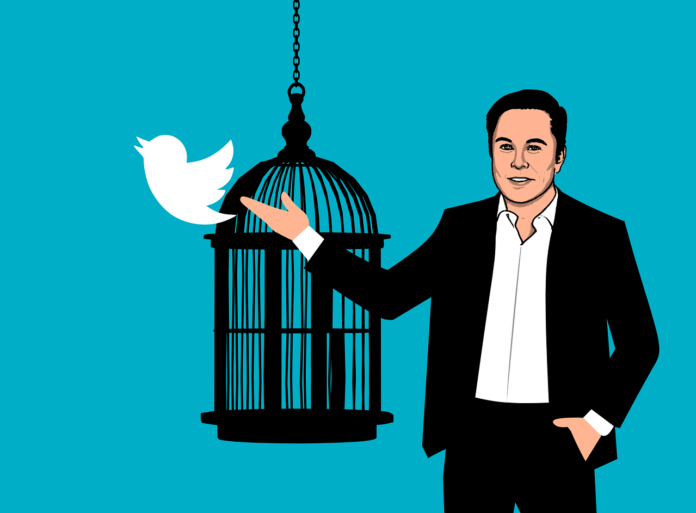 Elon Musk’s buyer’s regret might end up costing him a lot. Or, it may be a smart negotiating tactic by the world’s richest man.

Attorneys for Elon Musk filed a lawsuit with the Securities and Exchange Commission (SEC). According to Elon Musk’s claims, Twitter breached the merger agreement; hence he has withdrawn his proposal to purchase it. “As further described below, Mr. Musk is terminating the Merger Agreement because Twitter is in material breach of multiple provisions of that Agreement, appears to have made false and misleading representations upon which Mr. Musk relied when entering into the Merger Agreement, and is likely to suffer a Company Material Adverse Effect,” reads the filing.

If Twitter wins in court, Musk might be forced to pay $1 billion or more in a breakup fee. Twitter Chairman of the Board Bret Taylor indicated the business would seek to force the acquisition to finish immediately after Musk’s statement.

“three people familiar with the matter” tell the Washington Post that Elon Musk is poised to take “drastic steps” to pull out of his $44 billion plan to acquire Twitter.

The unnamed sources appear to be from the camp of Tesla CEO Elon Musk. “Musk’s team has concluded it cannot verify Twitter’s figures on spam accounts.” The Musk side’s “doubts about the spam figures signal they believe they do not have enough information to evaluate Twitter’s prospects as a business,” the Post wrote. Musk’s people have also reportedly “stopped engaging in certain discussions around funding for the $44 billion deal, including with a party named as a likely backer.”

According to the Post, one of its sources said Musk’s team is now “expected to take potentially drastic action. The person said a change in direction from Musk’s team would likely come soon, though they did not say exactly what they thought that change would be.”

Aside from the occasional departure from Musk’s public statements, none of the comments make any sense. Even though his bid to acquire Twitter waived “business due diligence,” he threatened to withdraw from the deal. He claimed that Twitter breached the merger agreement by refusing to give the data underpinning its spam estimates. Musk was then given access to Twitter’s “firehose” of data.

Despite Tesla CEO Elon Musk’s claim that his second thoughts are mainly on Twitter’s spam estimates, the company’s stock prices have plunged since they inked the agreement with Twitter on April 25. There is no simple way out of the merger deal for Musk. For a $1 billion breakup fee, Musk can’t necessarily get out cheaply, and his liability may wind up being decided in court.

As we’ve written, the merger deal says that if Twitter meets its obligations under the agreement, it “shall be entitled to specific performance or another equitable remedy” to “cause the Equity Investor [Musk] to fund the Equity Financing, or to enforce the Equity Investor’s obligation to fund the Equity Financing directly, and to consummate the Closing.” To “prevent breaches of this Agreement,” either Twitter or Musk might seek an injunction or other remedies in court.

To get out of the agreement, Musk “could deliver a letter to Twitter saying he is terminating the deal, and he could sue Twitter,” The New York Times noted today. “No apparent grounds for Mr. Musk to try to terminate the arrangement,” and Twitter may counter-sue. The company “strongly believes that the deal contract is on its side and that it would be an uphill battle for Mr. Musk,” the Times wrote.

On June 16, Tesla CEO Elon Musk held a virtual town hall meeting with Twitter workers, but he didn’t offer clear updates on whether the acquisition will be completed. Musk’s reason for purchasing Twitter was to “defeat the spam bots.” Spam on Twitter was well-known before Musk decided to purchase the firm.

Tweets from Twitter say that less than 5% of monetizable daily active users (mDAUs) are spam or fraudulent, and Musk has provided no proof to support this assertion. Musk now has access to all of Twitter’s tweets through a firehose, but that won’t reveal whether or not the messages were sent by real individuals or automated bots or how many people each day are simply reading what others have written without contributing anything of their own.

The other day, Twitter defended its spam estimates in a meeting with reporters. “The company says it points human content reviewers at a specific sampling of tweets and relies on a variety of signals, both public and private, to evaluate the accounts’ activity,” Axios wrote after the briefing. “It says that no outsider, even those with access to its full stream of tweets, can replicate its process.”

The Wall Street Journal’s account of the briefing said that “Twitter officials declined to say whether the company shared the private user information with Mr. Musk. They would only say that Twitter has fully complied with the obligations of the purchase agreement and that the privacy of user information was important to the company.”

Ars reached out to Twitter today, and the company indicated it had no more comments. In late July or early August, Twitter alerted its employees that a shareholder vote on the Musk purchase would occur.

As originally reported in: Arstechnica.com