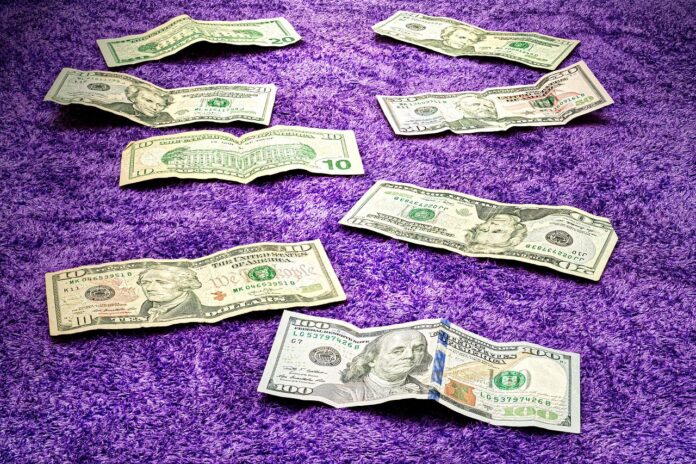 * The investor’s firm has increased its share of the company’s ownership to 19.4 percent, up from 3 percent at the beginning of March.

* In addition, Berkshire has stock warrants, which it can execute to increase its position to 26 percent.

Berkshire Hathaway, controlled by Warren Buffett, continues its purchasing frenzy and just spent $122 million to increase its investment in Occidental Petroleum to about 20 percent.

This year, Buffett’s company has acquired 182 million Occidental shares, valued close to $11 billion, and it does not appear to be slowing down any time soon.

Berkshire Hathaway, owned by Warren Buffett, purchased further shares in Occidental Petroleum for an additional $122 million, bringing its total ownership of the energy giant to 19.4 percent.

This week, a filing with the SEC showed that the conglomerate owned by the billionaire investor purchased 1.9 million shares at an average price of approximately $57.70 per share. At the end of trading on Monday, Occidental’s share price was $60.05, making Berkshire’s holdings in the company’s stock worth $10.9 billion. Berkshire now controls about 182 million shares of the oil-and-gas exploration and producer.

During the first two months of this year, Buffett’s company started building a position in Occidental equal to three percent of the corporation. Since then, it has invested over $9.5 billion to raise its holding by a factor of six. These funds were supported during the first half of March and this past month. Berkshire is getting closer and closer to owning 20 percent of the company, which would enable it to include a proportional share of Occidental’s profits in its reported earnings. Currently, Berkshire owns around 15 percent of the company.

The “equity technique” is already used by Berkshire to account for its investments of more than 20 percent in various firms, including Kraft Heinz, Pilot, Berkadia, and others.

Berkshire owns regular shares of Occidental worth $5 billion and preferred shares worth $10 billion, which generate dividends worth $800 million each year. In addition, it possesses stock warrants, which allow it to purchase an additional 83.9 million common shares for $5 billion. In 2019, Occidental was planning to acquire Anadarko Petroleum, and in exchange for providing $10 billion in finance, Buffett was able to gain preferred shares and warrants in the company.

Occidental shares are selling at a price slightly higher than the exercise price of the warrants, which is $59.62. This indicates that Berkshire may exercise its promises and then sell the shares that would result in a slight profit. It is also possible to retain those shares, increasing its holding to around 26 percent and taking a significant step toward purchasing the entire company.

The invasion of Ukraine by Russia has caused disruptions in global energy supplies and driven up fuel costs, both of which have contributed to the rise in the value of energy equities this year. As a result of Occidental’s stock price increase of 93% this year, the market capitalization of the fossil-fuel industry specialist has increased to almost $56 billion. The price of Chevron shares, which Berkshire aggressively purchased in the first quarter, increased by 17 percent in 2018.

After Occidental CEO Vicki Hollub described her strategy for the company during an earnings call in February, Berkshire gave the green light to move forward with the acquisition. She committed to maximizing the company’s long-term cash flows, optimizing its operations, paying off its debt, increasing dividends, and recommencing stock buybacks.

Buffett, 92 the following month, lauded Hollub’s strategy during April Berkshire’s annual shareholder’s meeting. The meeting took place in April. He also mentioned that Berkshire was able to build a significant stake in Occidental within a short period because a large number of people were treating the stock market like a casino and trading some of America’s largest companies like poker chips. As a result, Berkshire acquired a significant stake in Occidental.

The Berkshire Hathaway Portfolio Compared to the Stocks Held by Warren Buffett:

The portfolio held by Berkshire Hathaway comprises a varied group of blue chips and a growing number of lesser-known growth bets.

The stock decisions made by Warren Buffett don’t appear to be the same as they were in the past.

Apple, Amazon.com, and even less well-known companies like Snowflake and Nu Holdings are among the stocks that Buffett and his partners have shown interest in recently. This is even though traditional favorites like American Express and Coca-Cola are still operating.

But throughout the last few years, the Berkshire Hathaway portfolio has also been subject to several reductions in size. As the COVID-19 outbreak has significantly impacted the landscape of investments, Buffett has reduced or eliminated his holdings in dozens of stocks. At the beginning of 2020, he held ownership in multiple airlines; currently, he does not. When 2020 began, Buffett stocks were performing exceptionally well, but Berkshire has spent the better part of the past two years repositioning itself away from the financial sector.

The positive development is that, at least for the time being, it appears like Buffett has changed his bearish stance into a bullish one.

Will Rising Interest Rates Make Or Break Your Company?