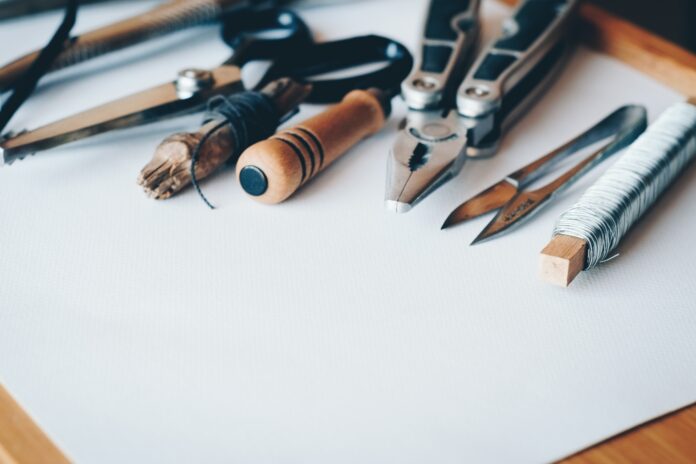 Upskilling; the idea of upgrading by teaching new skills to employees particularly in areas, and departments they are strangers to is becoming a thing right now. The job market is presently harsh, and workers are experiencing mass layoffs, and hiring freezes in many sectors. Employees are determined now more than ever to retain staff, and amplify their utilities. This is done by equipping them with skills that can help them wear various hats within the organization. The small players, and even the big players are not left out. In 2021, Walmart earmarked about $1 billion to be spent over a five year window to expose employees to training and higher education.

The biggest winners of this racing movement are platforms focused on skilling. These platforms have been the biggest beneficiaries financially. Crunchbase reported that from early 2021 till now, start-ups focused on upskilling & reskilling accessed $2.1 billion venture capital funds. Omer Glass’ GrowthSpace is one of the fortunate beneficiaries of this fortunate development. GrowthSpace uses algorithms to link individual employees, and group of employees with experts to secure development sprints. GrowthSpace recently secured $25 million from Zeev Ventures in Series B financing. This was also backed up by Vertex Ventures, and M12 which is Microsoft’s venture fund pooling in a total of $44 million.
The trio of Omer Glass, Dan Terner, and Izhak Kedar founded GrowthSpace in 2018. The history of GrowthSpace started with Terner, former Signals Analytics COO who approached Glass while seeking solutions to a persistent churn situation.

This situation exposed the absence of platforms to facilitate company investments on employees, and platforms that were effective and result oriented for employee development. GrowthSpace was founded to remedy this situation, and since the pandemic with its accompanying economic woes erupted,  the need to amplify the objectives of GrowthSpace has persistently presented itself.

GrowthSpace is involved with a pool of experts in coaching, mentoring, workshops and training. This professional pool is amalgamated with its ssoftware-as-a -service platform to facilitate the support GrowthSpace offers. Leveraging on its diverse professional pool, GrowthSpace uses an advanced artificial intelligence model to identify the most effective programs, and teacher-learner relationships that will facilitate development.

AI is not perfect, and may result in imperfect teacher-student matches. This is especially expected if the datasets predictions are based on is bias. This bias is not new in the world of upskilling, but merely worsens an already existing situation. Companies already display a clear bias by channelling upskilling efforts to postgraduate degree holders at the detriment of those with lesser qualifications according to a research conducted by PwC. This bias is in too deep as it also takes on ethnic and gender coloration.

We are not certain of what structures GrowthSpace has put in place to minimize bias. The GrowthSpace team has however insinuated that its AI system is indifferent to gender, age, and race while capturing its so-called “mirror data image”.

After enrolling new users, the GrowthSpace algorithm is designed to delete user’s personal data from the system. Once this personal data has outlived its major purpose, usually sometime around three weeks, about 90% of this data is deleted. With this system in place the platform’s exposure to personal data is minimized.

The GrowthSpace solution can be used to handle the needs of the bigger corporations with some flexibility. By adopting this system, resources can be compartmentalized for different programs. Already the system measures the beneficial relationship between the GrowthSpace upskilling program and business outcomes. This measurement is achieved by linking Growthspace services to business KPIs, equipping them with reports that will be analysed.

The issue GrowthSpace is focusing its services on is sacrosanct. Corporate growth, and professional development needs to be handled seriously to meet global demands urgently. There must be clear cut precision regarding how growth is measured.
This will give direction, and guidance on how speedily upskilling, and reskilling employees should be effectively conducted. Facilitating development will also be possible under  a more robust, and accountable background.

Some of GrowthSpace’s visible competitors include Scaler, GOMYCODE, and Worker.ai. This has however not limited GrowthSpace’s reach. GrowthSpace loyal customers include Microsoft, Johnson & Johnson, EY, Siemens, and a US government agency. The start-up currently boasts of about 3000 active users.

A testament to the utility, and efficiency of GrowthSpace is evident in the fact that the Start-up’s $25 million empowerment was originally unintended. Investors appreciate the growth of GrowthSpace, and investing reveals the trust reposed on the company.

The coming months should see GrowthSpace pursue global expansion, implement new tech innovations to stay ahead, and cater to it’s ever increasing market. Perhaps this is an opportunity for an in-house expansion for the start-ups team from the current 70 to around 100 employees. $44 million will go a long way for the New York based company.

As originally reported in (https://techcrunch.com/2022/08/16/upskilling-platform-growthspace-secures-25m-to-grow-its-global-business/amp/)